¡Ay caramba! what a day.
Maybe good tuneage
will make it okay
or, failing that,
just go away.
We begin with
The Rollo Treadway - Kidnapped mp3 - from their self-titled debut album, one of the best I've heard so far this year; due to drop 16 Dec.. . . Here's one more off'n it.
Dear Dr. Doe mp3
Unbunny - Water and the Spanish Tongue mp3 - from Sensory Underload: Uncertain Trks 1996-2008
Happy Hollows - Tambourine mp3 - from Imaginary EP - We're still loving this next one, too.
Monster Room mp3
Tigers Can Bite You - Hawk mp3 - from Taking And Running Away EP due out mañana (30 Sept.)
The Laureates - Tomorrow Today mp3 - from There Are No More Gentlemen - You can download the Chicago band's free EP here.
No Use for a Name - I Want To Be Wrong mp3
The Dreadful Yawns - Kill Me Now mp3
Expecting Rain mp3
Hot Lava - Apple Option Fire mp3 - on Lavalogy, due for release 7 Oct
The Legends - Seconds Away mp3 - from the eponymous single, due out 5 Nov. Thanks to Christian Lilja at the fabulous Labrador. It would be remiss of me to omit reposting these next two.
He Knows the Sun mp3
Make It All Right mp3
Celestial - Crystal Heights mp3 - from Crystal Heights, due out 8 Oct. - Can't help it, gotta repost the following:
Lake Como (remix) mp3
Nothing Happens; Twice mp3
Posted by pplist at Monday, September 29, 2008 2 comments:

Labels: celestial, Hot Lava, No Use For A Name, The Dreadful Yawns, The Happy Hollows, The Laureates, The Legends, The Rollo Treadway, Tigers Can Bite You, Unbunny

All right, enough already, time to point (me) and click (you). Unbounded thanks to the favebloghosterposterfolker.

Sugar - If I Can't Change Your Mind - CYSTSFTS
The Connells - Slackjawed - CYSTSFTS
Modern English - Melt With You - Darklands
The Blue Aeroplanes - Fun - mp3hugger - Hurry up, it won't be there long.

The Legends - Seconds Away - Milk Milk Lemonade
Summer Jets - 50 Reasons - Milk Milk Lemonade - groovy gaze
Hotel Lights - Norina & Down & I Am a Train & What You Meant - a PLAGUE of ANGELS
Oliver North Boy Choir - Yes Sir, I Can Boogie & Weekender - a PLAGUE of ANGELS - That first one got me smiling on several different levels at once.
Posted by pplist at Saturday, September 27, 2008 No comments: 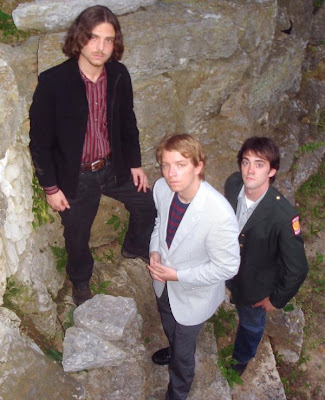 Posted by pplist at Wednesday, September 24, 2008 No comments: 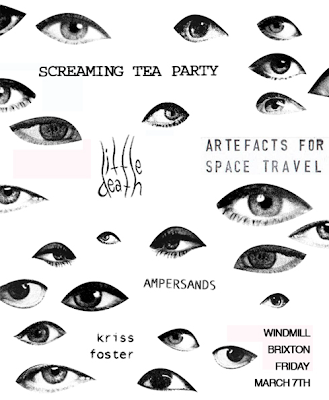 (See 'em?)
As can pseudosnappy intros, so let's get to it.

Little Death - Baby, Can You Dig Your Man? mp3 - from self-titled self-release, due 28 Oct.
The Cute Lepers - So Screwed Up mp3 - from Can't Stand Modern Music
New Grenada - January 1st mp3 - groovy Camper van Loweryesque vox
Land of Talk - Corner Phone mp3 - from Some Are Lakes - rings 7 Oct. - and in case you missed this recently posted one:
Some Are Lakes mp3
Pidgeon - California mp3 - from Might as Well Go Eat Worms - out 23 Sept.
Dressy Bessy - Simple Girlz! mp3 - from HOLLERandSTOMP - good song, we like it, etc., but this earlier-posted one's e'en better (IOHO).
Side Two mp3 We've just about made it back through all our faveblogs, and the hits just keep on coming. Well, they should be hits, but you know how it is. Thanks, favebloggers. BTW, we always post the ones we like best at our faveblogs. If you go there and find others you like, please feel free to listen to them, too. Big of us, sure, but, hey, we just can't help it.

Brendan Benson - Spit It Out - The Glorious Hum - Expect excellent expectoration.
The Gurus - Big Sea & Silver Rain & Tears on the Wardrobe & Second Scene - Power Pop Review
Ceremony - Dream Of Only You - Dead Flowers
The House of Love - I Don't Know Why I Love You - Dead Flowers
Primal Scream - The Glory of Love (Single Version) - Dead Flowers
Sloan - Gimme That - Gaper's Blog - Plus some more fine Sloans.
The Mekons - Only Darkness Has The Power - Some Velvet Blog
Panda Riot - She Dares All Things & Like Flowers at Night - The Yellow Stereo
The Gaslight Anthem - The '59 Sound & The Backseat - CYSTSFTS
The Soviettes - 9th Street & Thin Ice - Battle of the Midwestern Housewives
R.E.M. - Radio Free Europe - Star Maker Machine
Posted by pplist at Monday, September 15, 2008 No comments: 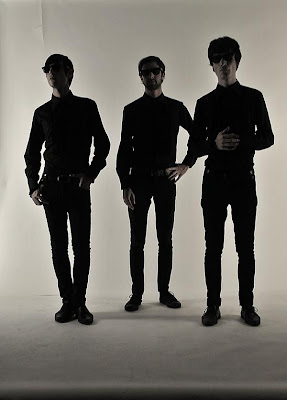 Theirs is workin' overtime.


We got our mojo workin', just hope it works on you.
We Landed on the Moon! - Re: Your Letter mp3 - From These Little Wars, due to break out Dec. 16. Thanks to Team Clermont!

Suretoss - Day Things Fell Apart mp3
The Mojomatics - Clean My Sins mp3 - From Don't Pretend That You Know Me - Buono, Venezianos! - Thanks to Fanatic Promotion.

Hospital Grade - An Essay In Your Lungs mp3
The Kooks - Kids (MGMT cover) mp3 - Maybe I prefer the original, but this is nice.

Colourmusic - Put in a Little Gas mp3 - Oklahoma psych (and you know what that's like) - with little Association interludes - from their full-length debut, f, monday, orange, february, venus, lunatic, 1 or 13 - Thanks to World's Fair.
Koushik - Bright and Shining mp3 - Donovany cowbell psych from Out My Window, opening September 30.
Posted by pplist at Sunday, September 14, 2008 2 comments:

Nope, didn't take many stops tonight to fill the bill. Hope you like. Please join me in thanking the thoughtful host(esse)s.

My long, accidental layoff from blogging/surfing has forced me to face the formidable (if pleasant) task of catching up. This will take awhile, but I'll post what I find and like, in case you might, too. The first couple of items I found back before the hiatus. And then there's Molotov at aPoA. Sheesh, what a mensch/cherub, all 135 lbs. of him.
The Asteroid No. 4 - Flowers of Ours & I Look Around (Rain Parade cover) & Hold On - Obscure Sound
I Are Droid - Blood & Ether - It's a Trap
The Kinks - Till the End of the Day & All Day and All of the Night & Come Dancing - a PLAGUE of ANGELS - The Kinks, Part 2 - "Till the End of the Day" is my all-time fave by one of my all-time fave bands. Both these Kinks posts have lots of other great songs.
The Kinks - Tired of Waiting & You Really Got Me - a PLAGUE of ANGELS - The Kinks, Part 1 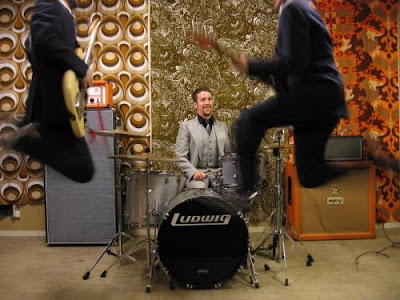 A new kub seems to have joined the den, but this pic rocks.
These Karlstadt kubbies were also one, nay, two, of my earliest posts. Their listed influences are The Byrds, Teenage Fanclub (as you might guess from the second song posted below), The Posies, The Beach Boys, Big Star, Weezer, and Neil Young. "Worship This!" (off the eponymous EP) absolutely knocked me out when I first heard it back in. . .whenever it was I first heard it, and myriad repeated listenings have only increased affections. The song links I posted disappeared for awhile and then reappeared, hence this celebration. Their new EP, Polar Beats, awaits release, but you can hear its "Rewinder" at their MySpace site. I left one more excellent downloadable at their bandsite, so go pay them a visit. Not bragging, but I'm a proud member of their official fanclub. Skoal!
Swedish Polarbears
Worship This! mp3
Norman Blake mp3
Volvo mp3
Posted by pplist at Monday, September 08, 2008 No comments: 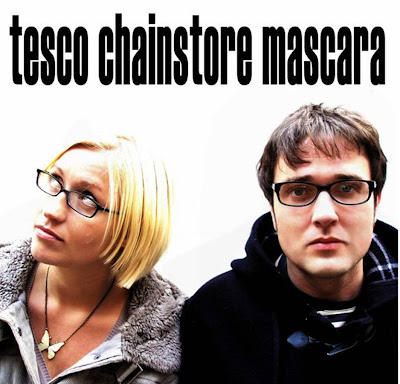 When I started this bloggy thing almost two years ago I had no idea what an emotional rollercoaster I was mounting. The first time I found links removed on some favorite songs, I almost reached for the blade, especially with the two groups I intend to post the next couple of days. Imagine my euphoria to find them restored. Right, you can't.

Tesco Chainstore Mascara were one of my earliest posts. I had loved "Just the Weight You Are" as well as other of their tunes favebloggers brought to my attention. I shared Indie-MP3's Tom's worries about the Staffordshire duo's whatabouts and decided to write them. TCMer David wrote me back with explanations you can read over at their MySpace site and gave me permish to post any songs I like. It would be porcine to do that, as I like them all, so I'll narrow it to the following and encourage you to go to their MySpace(s)--here and here-- for the rest. If you don't have a MySpace account, it would be worth it to get one just to get the songs. And, no, my only MySpace friend, Tom, (not Indie-MP3's Tom...sorry this is getting so complicated) isn't paying me to say that. Far be it from me to venture an opinion, but the fact they remain unsigned is more unconscionable than the Republican ticket. (Well, okay, almost.) 100-proof pop.

Tesco Chainstore Mascara
Just The Weight You Are mp3
Sun's Shinin' For You mp3
That Thing You Do (The Wonders cover) mp3
You Lost Me At Hello mp3
Writer's Block mp3
Mamma Mia (ABBA cover) mp3 - Guess whose version I prefer. 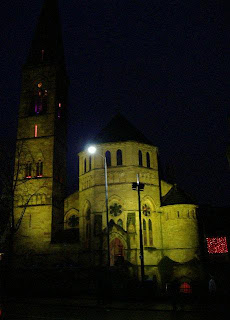 The little 'uns played here.
Here are some potential opening lines for this post. Take your pick.
Who am I? Why am I here?
My, but I've been quite the delinquent lately. Fortunately it doesn't matter.
Just when I think it's over, it isn't.
I've got nothing to say, but it's okay.
Hi.
The New Up - Top of the Stairs mp3
The Stolen Minks - Consecutives mp3 - Thanks to Matt Charlton at pigeonrow.com.
The Sound of Urchin - Shake the Magic Eight Ball mp3

Labels: Jaguar Love, Land of Talk, Portastatic, Secret Machines, The Brian Jonestown Massacre, The Little Ones, The Lonelyhearts, The New Up, The Sound of Urchin, The Stolen Minks, The Wedding Present
Newer Posts Older Posts Home
Subscribe to: Posts (Atom)