The June in November 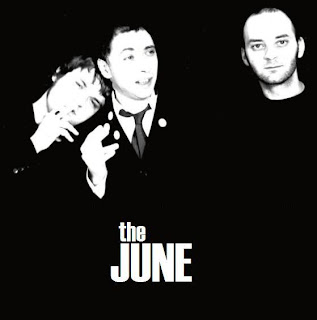 The June - Barber Shop mp3
from Magic Circles,
their August 2009 Rainbow Quartz debut
We love the Parma trio's psychy Beatlesqueries and have reserved a large chunk of the debut for this month's buyfest over at eMusic. Another excellent Junetune awaits you at the band's Rainbow Quartz page should you care to partake.
MySpace | eMusic

Posted by pplist at Saturday, November 21, 2009 No comments:

The Raveonettes: "The Chosen One" 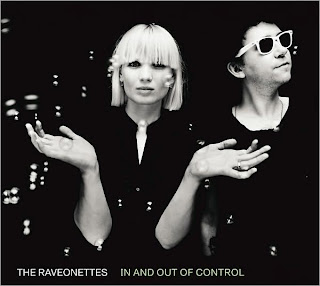 The Raveonettes - The Chosen One mp3
Bonus track to Danish duo's October Vice Records release,
In And Out Of Control
In our laconically raving way we previewed the LP back in August. Realizing, though, that some of you might not enjoy the retrofitting process, we hereby post all the free and legals we've got and strongly encourage you to visit eMusic for more. It's gonna sound kinda trite, but we don't care: Rave on.
The Raveonettes - Suicide mp3 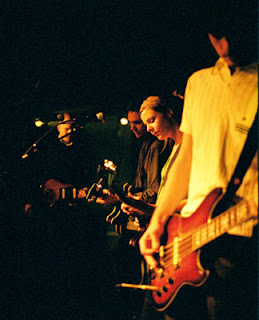 I've expressed my deep love for this superb Swedish band on previous occasions and put my kronor where my mouth is. I tingled to learn a new LP is forthcoming in January on the fabulous Labrador label. Here's the new single.

Hmmm, "Days." Now what does that remind me of? Oh, yes, of course, hence a slight but very important diversion. (We're still in Gothenburg, though.)

MySpace | Thanks to the most excellent Shelflife.

Sambassadeur - Between the Lines mp3 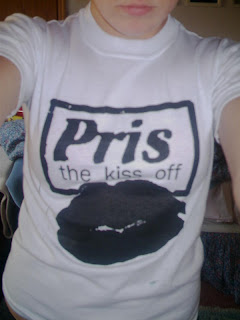 Welcome to Powerpopulist, where all talk is small talk, especially when we got our Muzzle on.

Muzzle - What a Bore mp3
And just who are - or were - Muzzle? Well may you ask. Please read on.
Muzzle were a 90s Seattle band drummed for by Burke Thomas, aka “BTO.” Thomas – or “Burke” – is a highly talented musical savant associated with a number of bands, including Pris. Pris were the powerpoppin' media through which I came upon him, so to speak. I bought a baker’s handful of their songs back in February, a fact fairly well, if not conclusively, documented here. So when I started hungering for more information on the four-letter word, I arrived here and found these from 2004's The Kiss Off:
Pris - Theet the Moth mp3
Pris - Tightey Whitey mp3
Of course I already had one of those, as documented, but maybe you don't and now we do!
Plus I found these:
Common Heroes - The Rescue mp3
The Treatment - Give It Up mp3
Yummy.
But wait, there’s more (mp3s). (Clicky clicky.)
And if what you really crave is more of the story of the various bands with which BTO has been associated, click here.