Many thanks to the gracious hosterposters.

MMOSS - Another Day - See The Leaves


How's that for a postitle that will lure few if any to our little lair?

Be that as it may, ye about-to-be-happy few, our phoney little music player continues to do yeoman's duty in the music minding department. (We are essentially shufflefolk.) After enjoying a song by Ice Cutters we'd bought a couple of years back, we decided to track it down (using, btw, a Logitech Cordless Optical Trackman (USB/PS/2)) and see if it was downloadable for free. It wasn't, but what we eventually found did make us shiver.

As we may once have known - and you cognoscenti no doubt still do - IC is actually the side project of a member of much-loved-by-us Welsh powerpoppers, Junebug. We'd bought a bunch of their product several years ago at eMusic without realizing the fraternal nature of the bands. (Do be careful if you go to eMusic, though, because some of the artists yclept "Junebug" are neither Welsh nor powerpoppers.) We also found that another brotherly side project is The Red Comets. All that said, and clickable links provided, let's to the music.

Oh, but wait. You can find quite a few more free downloadables by Junebug at their SoundCloud page and more by The Red Comets at Bandcamp. That Soundcloud page also delineates how you can buy more.

And now the ears have it.

In our last post we hooked you up with nine fab psychpoppers from four Bandcamp pages posted by the The Active Listener blog. We noted that TAL had provided lots of links to the sampleds' band pages but that we hadn't yet begun to scratch the itch. Well guess what, our claws are out and the dopamine is flowing.

In Seven, the mysterious Spider 72 have put out one of the strongest LPs of the past twelvemonth. It's a psychpop pleasure from start to finish. Click here and here to find out more about this Tillsammans Records' product.

We're posting several of our favorites from Seven. The widgets read "Buy," and "Buy" you certainly may. Know, though, that the digital version of the entire LP is downloadable on a name-your-price basis at Bandcamp. We gripped it at a very nice price indeed. (Update: Uh-oh, we just noticed at the Spider 72 Facebook page that time is almost up to download the LPs for free. GRIP THEM NOW!)

We had actually already bought some songs by Beaulieu Porch, but are pleased to find they are also available for name-your-price download at Bandcamp. But again, ACT NOW. It might already be too late to get them at this special price.

An unassuming search for ppfaveband The Resonars turned up a treasure trove of pop psych and more psychy psych at Bandcamp. The Active Listener blog has been getting permish from a bunch of psych bands to publish psychedelic psamplers for the last three months. The compilations can be found here, here, here, and here.

We dug pretty much every song but, our blog being what it is, we're naturally going to post some of the more poppy psych. If you want to delve deeper, go there, there, there, and there.

Some of the widgets below say "Share" and some say "download." Rest assured, though, that if you want to grip the songs below – plus scads of others – you can download all four compilation LPs for name-your-price download.

Many thanks to The Active Listener for its awesomeness.

Oh, one other thing. Please notice on some of the Bandcamp pages the extensive links to other pages on many of the bands. We haven't even begun to scratch that itch, for most of the bands at least.


We're just throwing in this line to break things up a bit.

"We" just looked down at a stenography pad and noted a note neatly written to ourselves back in August:

We still do best like that one but tracked it down to the Chicago band's Discography page, where you will find not only their entire Hold on Tight LP available for free song-by-song download but several other LP's of powerpopproduct by band founder Juan Carlos Avila. If you like "That I Were," you just might decide to settle in for a long session of sampling/downloading, kind of like, you know, we did.


*Full Disclosure: We had not embedded the link into the paper.
Posted by pplist at Sunday, February 10, 2013 No comments: 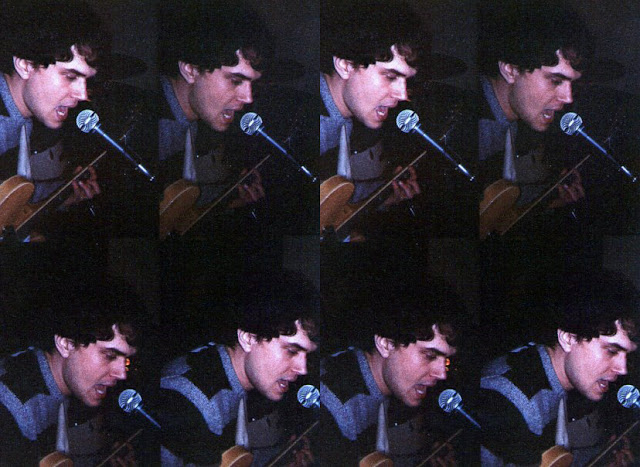 We woke up this morning never having heard of Funny/Not Funny, Elephant Child, John Jacob, and a lot of other stuff we don't need to mention right now. A simple search for The Super Vacations' "Controller," though, took us right where we didn't know we needed to be, the Funny/Not Funny Bandcamp Mixtape page. We sampled every song on all four mixtapes and liked John Jacob best. So who is he? Or are they?

John Jacob is apparently a set of identical octuplets from Harrisonburg, VA, offspring of Elephant Child, and maker(s) of very nice Sweetheart-era Byrdsian jangle, Kinks/Whosian strumming/power chording, and other musical goodstuff. We spent a happy couple of hours sampling every one of his/their songs and would like to put you in touch with the ones we liked best/downloaded for free.

The first one we found was on the Funny/Not Funny Summer 2011 Mixtape.


Then we found the John Jacob Bandcamp page, and it was off to the rodeo. Although we attended at least two schools with ursine mascots and were ever-so-slightly offended by this next title, we got over it as soon as JJ jangled.


Then, lo and behold, we found that "Future Girlfriend" was actually part of an excellent three-song EP that included the excellent "Scanners" and a cover from that first LP by The Police. Sure, we're repeating "Future Girlfriend," but we're fairly certain little harm will be done thereby.


Next came a couple of LPs named after months in a couple of years. Although the widgets say "Buy" – and Buy you should should you like – you can download both LPs in their entirety for free. You'll see what we mean if you go here and here. So here are several we liked from those two LPs.


We hope you have enjoyed this jaunty little episode. There's plenty more where these came from. 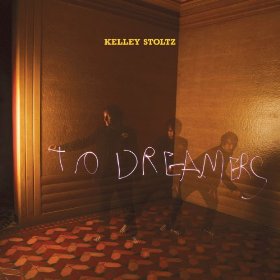 Kelley Stoltz - I Remember, You Were Wild mp3

Kelley Stoltz - I Don't Get That mp3

Among our favorite eMusic purchases for 2011 were seven songs from San Franciscan Kelley Stoltz's most excellent 2010 LP, To Dreamers . (We tend to buy 'em one song at time, as previously, if inconsequentially, noted.)

So once again, our little electronic gadget yesterday spun up a couple of his songs at random and got us wondering if we might do the same for you. Thanks to Sub Pop, we can do, and as you may have noted above, actually did do. You will find four more fine free ones there, along with much useful information, penned (or perhaps keyboarded) by someone who can, like, actually write.

By the way, if you happen to click on those eMusic or Amazon links up there, you might consider gripping his collab cover of "Big Boy" Pete Miller's 1965 fabtune, "Baby I Got News For You." Here's the full stream, via a Sub Pop Soundcloud page. Update, 6sep17: That SoundCloud link went "poof," so we're replacing it with a YouTube video.

Posted by pplist at Wednesday, February 06, 2013 No comments: 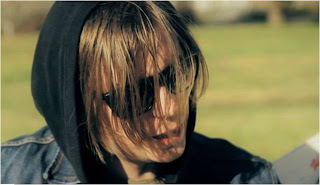 Our little music gadget scored big again tonight and prompted us to track down a downloadable of this excellent song by "the best Swedish artist kept secret." Absolut Noise has a passel of posts on this elusive, highly talented character, so go there if you're intrigued. You can also go here, where you will eventually learn that he was


"Born in Hammarstrand, lives in Umeå
Is 26 and has a daughter with Anna
Enjoys chips"

This arsonist's artistry def lit our fire. You can hear more at his Soundcloud page.


Download here.
Posted by pplist at Monday, February 04, 2013 No comments:

Earlier this week we sent "you" to AW Music to hear an excellent song by Philadelphia band Cruiser. Further investigation uncovered it and more at Bandcamp. You can download that and one other groover below for free and the rest of the eponymous EP on a name-your-price basis at the aforelinkéd Bandcamp page. You will also find there useful information and further links about the band, hence saving us the necessity of further elaboration. Talk about your win/win.


***And it is: Glasslands. Oh, the joys of further investigation.

Posted by pplist at Saturday, February 02, 2013 No comments: